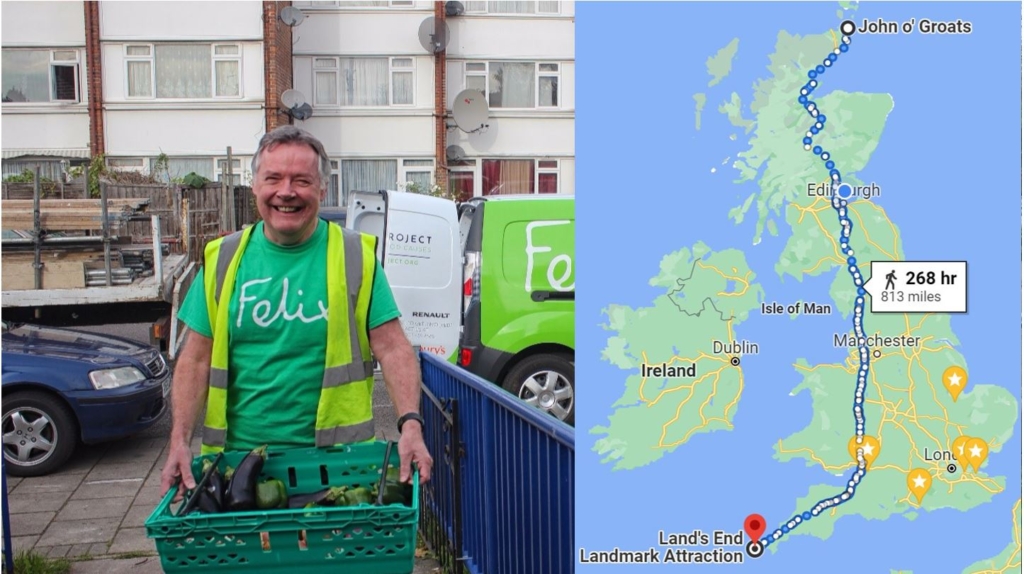 Continuing on with our “Champions of Charity” initiative to fundraise for charity, our team chose The Felix Project to volunteer at for the day and whilst I wasn’t totally sure what to expect, I didn’t expect to be so amazed, so inspired and truly humbled.

The Felix Project aims to fight food waste and food poverty in an age when no one should have to go hungry.  1.5 million adults in London are struggling to afford to eat every day, 400,000 children are at risk of missing their next meal, whilst the food industry generates 3 million tonnes of good, edible surplus food each year. Inspired by his son, Felix, Justin Byam Shaw searched for a way to commemorate him, as sadly Felix died from meningitis in 2014. What stuck in Justin’s mind was a boy’s football tournament Felix had played in, he had told his dad he’d been upset to learn that many of the 10-year-old boys playing had not had anything to eat that day. In 2015 The Felix Project was launched.

Delivering food to over 1000 charities and schools in the area, traffic is constant, in just a few hours of being on site, at their London based warehouse and kitchen, not a second went by when there wasn’t either a donation of food delivered, or food parcels being sent.

With staff and volunteers, a like, in the space of 3 hours, tons of food types arrived, it was processed, stored, labelled, picked, packed and loaded into vans to be delivered to local food banks, hostels, homeless shelters, schools and hospitals, and over 1400 meals prepared in the kitchen. To say it was a whirlwind of activity based on love and kindness is an understatement.

Please support this amazing work, ensuring that good food is given to those that need it by visiting our JustGiving page.  To incentivise you, we are also doing a team sponsored event, all our team will swim, walk, cycle or run the distance of Lands End to John O’Groats over the month of December, cumulatively, 837 miles.

Please click on the link and donate now, after all if you were unable to buy a meal wouldn’t you want The Felix Project to help you?

Ready to talk to one of the Tekta

team about your doorways?

We use cookies in order to help us optimise the website for the best possible user experience.